When it comes to stars, moon, and planet readings, it can’t be denied that Chinese is one of its avid supporters. They have their own traditional astrological calendars as well as in astronomy. It was during “Han Dynasty” when Chinese Astrology began to thrive and prosper. It is also noted that Chinese has rich Chinese philosophy that they are proud of, and they had tied it along with the Chinese Astrology. In the philosophy that they have, it deals with three elements that work in harmony. The following elements that are mostly involved in the Chinese philosophy are as follows: Earth, Water and lastly is the Heaven. 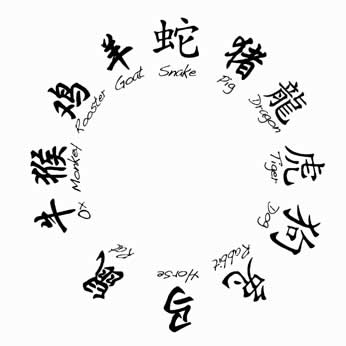 Chinese astrology signs are derived from different animals as its symbolism and the twelve signs represents from your birth year. And they are governed or accompanied by an element together with the direction of the famous “Yin Yang”.

Here are the 12 Chinese Astrology Signs:

Do you want to know more about your Chinese Astrology Sign? Look for the year of your birth then click on your Chinese Sign on the left.

Every year, there is a specific animal representative. There is the year of the dog, the monkey, pig or rooster and so on. Every year it changes its representative animals because of the sixty year cycle. True, the Chinese Horoscope signs might be complicated at first glance compare to the Western horoscope signs because it is accompanied with different things. But no one can disagree with the fact that learning more about it is a fun experience. You are learning while triggering your interest.