Book a Reading from Genuine Tarot Readers. Call us Today!

THE LEGEND AND USE OF TAROT

Tarot is one of our ancient forms of divination, it can foretell the present, past and future. It can give us guidance through our life's journey. It is often used by psychics as a guide when giving a psychic reading. The exact age of Tarot has been lost in the annals of time. It is believed by some to be well over three thousand year old. Some of its traditions have been passed down through the centuries by the spoken word, and even today, this method is still being used by the Traditional Readers of this Metaphysical principle.

What is a Tarot Card?

The word tarot means wheel of life. It is a representation or an image of the universe. Read more about What are Tarot Card Readings

A tarot is like ordinary playing cards but consists of usually 72 cards. These include 22 cards that represent human virtues and vices, death and fortune and so on. Tarot cards are used by tarot readers to predict the future of their clients.

Reading tarot cards is both an art and a science. It is an art because like every other art form, it requires understanding and constant practice which, in course of time, develops the intuition. It is also a science because, like every other subject of science, its procedure is duplicable and produces precise and reliable results.

Tarot cards are used primarily for analyzing the personality of the subject and  forecast his future. Tarot cards have been used for thousands of years. Egyptians and gypsies used tarot cards for divinatory and magical purposes.

Tarot the Book of Life 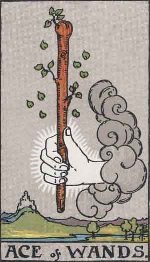 Tarot [pronounced Tay-roh] is believed by some, to be the Ancient Egyptians “Book of Life”, consisting of 78 separate tablets of stone. These tablets have two sections, known as Major and Minor Arcana. Arcana is Latin for "Secrets". There are twenty-two cards in the Major Arcana, and is a psychic guide of man’s journey through life. When he leaver his creator and takes his first breath to become a mortal being until he ultimately returns to his creator as a wiser soul after completing his life experiences. The Minor Arcana consists of fifty-six cards, which are divided into four suits. It guides man though the elements of air, earth, fire and water which we all need to exist on this planet and this being who we are Spiritually, emotionally, mentally and Physically. In Tarot it is known as Suits. These suits consist of Wands the Spirit, Cups the emotions, swords the mental and pentacles the physical. It guides man through his journey and lessons on life.

One of the legends handed down through time talks about stone tablets in Egypt, perhaps brought there during the last day of Atlantis. There were considered by the Egyptians to be one of their most sacred items. With the decay of Egyptian culture, the tablets, the Book of Life, were transferred for safekeeping to the great library of Alexandria. Centuries later when the library was burnt down the tablets of stones were rescued and placed in the hands of the nomadic Gypsies to prevent the stone tablets falling into the hands of pagans. However, these stones were cumbersome for the nomadic tribe to carry, and the Gypsies carefully reproduced each stone on small sheets of metal, more that likely to be made of silver and gold and them, just as carefully, buried or destroyed the original stones. The gypsies knew and understood the messages on the stones and became known for their ability to Read the book to others, thus foretelling the future. It is not difficult to see how through mispronunciation, that the term ”Fortune Telling” evolved.

The earlier Tarot Cards were the exclusive possession of nobility who commissioned an artist to paint reproductions. The individual artists were careful to maintain the original colours and symbology, yet each pack was the individual artist conception and interpretation. Sometimes, they may have used the faces of the people at court to portray the images on the cards they were painting for Novelty. The cost of painting a pack of cards was excessive, both because of the time involved and because they were painted on sheets of precious metal.

The earliest known Tarot cards date back to the 1390s. With the invention of cardboard and later block printing, the cards found wider distribution. To help further reduce the cost, and because of a fashionable game of that time Tarroc (which used the Minor Arcana and the Fool from the Major Arcana), the other twenty-one cards where dropped from the deck. Even more economical decks were produced when the queen was dropped from the decks. After the Inquisition the queens where restored to the decks and the knights and pages were combined to form our modern deck of cards.

When it comes to predictions about the future, there are always several things that can be used as references. Whether it’s something unexplained like one’s instinct or something more concrete like studies and past experiences, it is up to the person to decide what to use as basis. This scenario usually occurs when taking risks or making life-changing decisions. One can never be too careful or critical when decisions like this come up. Being so, many choose to consult with tarot readers. 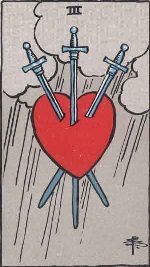 When a person uses his knowledge of things in the past to make predictions, the same thing happens in tarot reading.

But, the main difference is the fact that tarot cards also have their own intuition and philosophical methods. The mystery surrounding the whole concept of tarot reading is what makes it more believable for some and the opposite for others. But, where did tarot really come from?
It has been said that tarot came from Italy and Egypt during the 16th century. However, there are also people stating that it originated from India and China. There are no evidences to prove such but it is certain that tarot has evolved throughout decades covering different generations and places.

A person who is interested in tarot reading must not read his own fortune, as myths would say.

There should be three components in a reading. These would be the client or the questioner, the tarot reader, and the tarot deck. Reading one’s own card is considered as bad luck. Many people also have the notion that tarot cards can tell a person what his future holds. However, it should be noted that there are other external factors that affect one’s future. Being so, tarot cards simply provide the possibilities that the future holds as well as different perspectives on current events.

Phone tarot readings may not be your regular psychic readings but it is as accurate and as effective as long as the seeker finds a genuine psychic. Any psychic reading whether personal or through phone should be done by psychics because they are the ones who have the capacity to do so. It is also important for the seeker to really trust his psychic because this opens his being and allows the psychic to come in. Allowing psychics a full access to one’s being does not sound good but this is the way to really get the answer the seeker needs.

For most people, Tarot cards look weird, and some of them will even associate these items with anything evil, because of the weird images and inscriptions placed on each card. Well, in truth, Tarot cards can be very helpful, especially to those who are searching for answers to many questions in life. And with the help of a legitimate and reliable psychic, the Tarot card reading could open up your eyes to a lot of meaningful insights about your life.

When Were These First Used?

Composed of no less than 78 cards, Tarot cards come in different sizes, and in different types of art work on the front and back.  But while there may be different tarot card designs, the meaning (as well as the message) of each of the cards will always remain the same.  Tarot cards  were believed to have been first used by the Celtic people thousands of years ago, for unearthing, as well as predicting both the past and the future. The cards are great at providing clues and ideas about what the future potentially holds for the individual.

What's The Most Popular Variant?

In the United States, the most common and popularly used Tarot card deck is the one made by a prominent occultist in 1909, A.E. Waite. Waite belonged to a group called the Hermetic Order of The Golden Dawn, and the cards that he designed were published by Rider & Company.  Like most Tarot card types, the card designed by A.E. Waite also features two major components, the Minor and Major Arcana.

Before the reading is performed, the one who will receive the reading first shuffles the cards, and he or she should also concentrate or focus on the question that they wish to ask. After the cards are shuffled, the tarot card reader then lays out the cards in a format or pattern called a "spread". Each position in the spread has its own meaning, and there are different meanings to the different types of spreads. The type of spread to be used would be all up to the reader, and this too would depend on the specific type of question.

How Can A Tarot Reading Be Of Help?

If the Tarot card reader does things the traditional way, a Tarot reading can help put a lot of healthy perspective and introspection to the individual who's seeking answers to their specific  questions in life. Each tarot reading is actually precluded by a question, for which the individual asking the question need not reveal it to the reader. Each Tarot card will come up with a past, present and/or future position, which should shed some light on the seeker's questions.

Whether you believe, or not, in fortune telling or predicting the future, a tarot card reading would still be very helpful to you. Why? Because the reading can help provide you with a lot of helpful insights (both spiritual and practical), and it will also enable you to better understand your thoughts and emotions.


Those who are interested to try phone tarot readings will not be disappointed because of the amount of information they can get without having to leave the house.