Want to know if you're a Psychic? Please find below some tests that we have available for you to check if you are a Born Psychic. If you find out that you are a Psychic by scoring high in these games you can develop your Psychic Abilities. 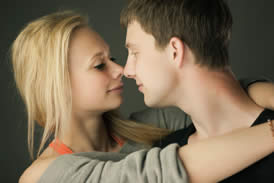 Are you a Psychic? Do you have great interest in developing your psychic skills? Then you should go back to the basics and find out the types of psychic abilities that you can master. These abilities include intuition, clairvoyance, clairaudience and more!

If you are a Psychic Beginner, have a read of some ways you can develop and improve your Psychic Powers and Psychic Ability.

To test for precognition, let a friend remove the four aces from an ordinary pack of playing cards. Then, on a sheet of paper, write down the order in which you feel the deck’s remaining 48 cards will fall after a thorough shuffling. Let your friend shuffle the pack. Then let the friend turns the cards over one at a time and records the number and suit of each one next to your guesses. By chance you should expect to have one correct match. A score of two matches reflects chance about 1 in 4, a level not considered to be especially significant statistically. A score of four or more correct matches becomes an intriguing precognition long shot of 1 in 50.

Psychic tests are meant for people who are attracted towards the subject of psychics as a matter of hobby or want to take it up as a serious vocation. Their clients and seekers in the real life situations constantly test the mature practitioners of psychics, where each problem that the psychic encounters is as truly unique and challenging as it is bewildering for his client.

Dr. Zenner, an eminent psychologist suggested an idea to Dr. J.B. Rhine who designed a pack of cards bearing different types of symbols for statistical measurement of the Extra Sensory Perception of the students. The cards were named after Dr. Zenner and are, therefore, called Zenner cards. The psychic test cards are not only used to measure the intuitive and telepathic powers of the students, they also provide training and practice in the development of psychic abilities.

To conduct the psychic test, the cards are shuffled and then a card is taken out of the pack. Its face is not shown to the student or the subject by shielding it from his view. The subject is asked to identify the symbol on the card. His prediction is noted and another card is similarly taken out from the shuffled pack. His correct and incorrect identifications of the cards are recorded and his success percentage is calculated taking into account the conditions and the chances.

The pack of cards is usually divided into sets. Each set of cards is related to a particular area such as colors, shapes, faces, numbers and so on. A set has five cards and each card bears one symbol related to the area. These cards may be comprised of:

Dr. Zenner’s cards provide just a basic idea. The number of sets can be increased or decreased and so also the number of cards and the symbols in each set. Other objects or even people can also substitute the cards. The space gap or even geographical location may also be changed depending upon the level of achievement of each subject.

Dr. Rhine also developed a calculation algorithm based on the number of sets of cards, the number of cards in each set and their symbols to measure the success rate of each student. The formula to calculate depended upon the number of guesses made, the correct number guessed and the percentage of correct responses.  The scores and success rates in Zenner’s cards were as follows:

It must also be noted that the subjects should be encouraged to relax their mind before taking the test. The possibility of guessing the card correctly recedes significantly if the mind of the student is under stress. In fact a relaxed and calm mind is a fundamental postulate for any psychic activity.

Besides manually handling the cards as mentioned above, computer aided designs and testing techniques can also be adopted. For example a button is placed below each card that you think will be chosen next. You can stop making guesses whenever you feel like. It is, however, recommended that you should make at least 100 card guesses for a reliable measurement of your psychic ability. Different computer designs and objects with relevant assessment techniques can be used to carry out the psychic tests.

Speak to a Psychic to help and guide you in nurturing and improving your psychic abilities. Book now for a Psychic Reading!