If you are a beginner, you should choose the Rider-Waite deck. It is acknowledged as the most popular and the easiest deck. The deck was created by the members of the Order of the Golden Dawn who also designed Morgan-Greer and Thoth decks.

Rider-Waite deck was created by Arthur Edward Waite and published by Rider, hence the name. The artwork on the cards was done by Pamela Smith. 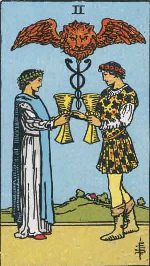 Tarot cards, basically, are the tools—magical tools—for divination. The paper cards by themselves are lifeless things. You have to charge them with energy to work magic.

As the name suggests, a signifier is a card that represents something or someone.  The signifier in the tarot deck asks the question whose answer we want.  The tarot reader ties the readings to specific problems, issues or questions by using the keyed signifiers.

Again like the unkeyed cards, not using the signifier cards may produce inaccurate readings.

Signifiers are used according to the chronological age and sun sign of the subject. For example, children of 12 or under are normally represented by pages; knights represent the teen-aged children; kings represent adults and queens the adult females.