Astrology chart is not only made to predict the future of an individual person, but it also represents other major events of regional, national or global significance such as storm, famines, earthquakes, tsunamis and so on.

If you are interested in having an Astrology Chart or Horoscope Chart made especially for you please purchase a Psychic Email Report.

The first and the foremost inputs for astrology charts are the date and time of birth of the person or the time or the date of the event, which is to be subject of prediction by the astrology, chart.

The other important input is the ascendance of the sun sign. In astrological terms, the ascendant or the rising sign is the zodiac sign that is rising on the eastern horizon precisely at the time of the birth of a person. 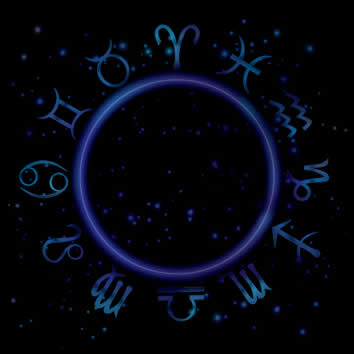 For example, if at a particular moment the Sun was in Aries at that moment of the birth of a person, the ascendant sun sign for that moment would be Aries. In this way, there is always some planet or the sun sign out of the twelve that is an ascendant sign at the time of birth of every person.

The astrology chart also uses ephemeris. Ephemeris is a table that provides the positions of the sun, the moon, the planets, asteroids, or comets in the sky at a given moment. The astrology chart also depicts the exact angle at which an astrological sign is positioned. Since the orbital span equals 360 degrees, each one of the twelve astrological signs has a space of 30 degrees. All the twelve signs rise and fall during their movement during the twenty-four hours of the day. The rising degree forms the first house cusp or the point of intersection of two sun signs, that is, when the former sun sign is going to vacate the house and the following sign just enters it. There are twelve such houses and each house has a great significance in the interpretation of the astrology chart.

Since the some zodiac sign is always in a state of ascendance in the eastern horizon at a given time, therefore, it also passes or transits through a house where an other planet may be moving through the signs over the course of months or years. Therefore the two sun signs may cross influence each other and this exercise casts a significant impact, beneficial or detrimental, on the life and future of a person whose horoscope is being made.

The tabulation of the twelve houses in astrology helps the astrologer calculate the geocentric positions of the sun, the moon and planets in the form of a diagram, which also help build an astrology chart. This astrology chart is, infact, a map of the heavens. The earth is placed in the center and the other planets revolve around it.

Constructing an astrology chart requires a Leep study of the movement and positions of stars, planets and other celestial bodies. The astrologer also knows the characteristics of each planet and the influence it weilds on the life of person who is born under its sign. In this way, he predicts the future of the person. It must, however, be understood that mere formation of figures, diagrams, charts and houses under theoretical rules cannot by itself predict the future of a person, It is the psychic’s intuition and experience that actually helps him to interpret the charts to predict the future of a person.