Tarot Home > What is Tarot?

Tarot cards have existed for as long as man can remember that it is quite impossible for somebody to ask the question what is tarot.  In films these have been used as props, particularly in those that portray spirituality and divinatory concepts.  Different people have different perceptions of the tarot.  Some know little but are familiar with it.  Some know a lot as they constantly seek tarot guidance.  Some disbelieve while some believed and became inspired.

But what really is the tarot?  Are there basis to some of the things people conceived as true about it?

Tarot started out as simple playing cards in Europe during the 15th century. Several decks have emerged originating from different places like France, Italy, Spain, and Portugal mainly for playing. But it is only during the 18th century that the use of tarot cards in divination and spirituality were realized.  This was after one author named De Gebelin published in his book how tarot can be used for divination.  He even said that the tarot is a “royal” way to finding wisdom. Because of this, several people looked into the tarot, even the mystics and the occultists.

There are many variations to the tarot.  Those which are really used for mysticism have a 78-card deck composed of the major arcana (22 cards) and the minor arcana (56 cards). 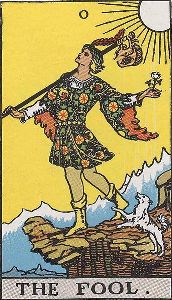 The Major Arcana are composed of illustrated cards depicting the major focus or concern from which the reading will be based.  These cards include:

Each tarot card has a corresponding meaning.  For major arcana cards, the Fool for example, would mean new beginnings.  But it warns people to think before acting as that is what fools usually do.The meaning of a card can also be changed depending on their location in the spread and if they are reversed.

Minor Arcana cards reveal lesser secrets that might happen in everyday life.  The 56 cards are divided into 4 suits:

Each suit would have 14 cards each. Four of these would be face cards while the rest are cards from ace to ten.  Like the major arcana, these also have corresponding meanings.

From then until now, the tarot has continued to offer people insights, guidance, and enlightenment for their clouded thoughts and difficult decisions.  And because of the advancement of technology, tarot can now be accessed through the internet through various websites, through email, chat, and many other means like phone.  Those who are trying to learn how to read the tarot can also find several resources online.  The tarot can be learned.

The tarot does not give all the answers.  It simply lets you realize them.  It opens up your subconscious so that you will see what needs to be done to make your life better.  Just like how one author said, it is the way towards finding wisdom.