What are Tarot Cards? 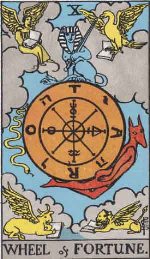 Tarot Cards are used for divination and the person who uses them is called Tarot Reader. Unlike other psychic tools like astrology, palmistry, dowsing, tea leaf reading, etc, tarot card reading is comparatively a recent invention.

Tarot reading dates back to the end of eighteenth century. The original tarot deck called Rider-Waite Deck still remains the most popular deck despite innumerable decks that have been introduced with the passage of time.

A tarot deck contains 78 cards that are further divided into two sets. One, Major Arcana or trumps, which consists of 22 cards, and the other, Minor Arcana, which has 56 cards.  Minor Arcana comprises four suits of 14 cards each. They are also called pips.

While the traditional playing cards are used for pure enjoyment and even gambling, tarot cards are used for analyzing the nature and personality of the people, practical problem solving through counseling and divination, creative visualization, meditation, self-improvement, introspection and similar other spiritual pursuits. They can also be used for card games.

They are also known as trumps, trumps major or major trumps. They were originally the permanent trump cards. Therefore, they are the principal or the key cards in the tarot deck.

They provide supplementary nuances, support and information to reinforce and further elucidate the reading obtained from the Major Arcana.

Back to Tarot Home