Are Tarot Predictions Still Relevant In These High-Tech Times?

Are Tarot Predictions Still Relevant In These High-Tech Times?

While tarot cards have been used by gypsies, fortune tellers, occultists and professional divination experts for centuries, some are slowly wondering if these tools are still applicable in these fast-paced, high-tech times. Because the cards feature ancient symbols like knights, swords, kings and queens, some may think that the images and illustrations come from a long-gone era, and are not applicable anymore in the modern era. Below are a few eye-opening ideas on why tarot cards are still relevant even up to today. 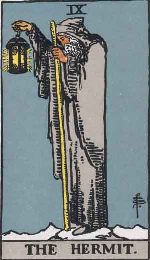 The Hermit, Pentacles and Swords

According to tarot card historians, each one of us should look at the card’s images and illustrations as a model, or an epitome, which can still be related to things or items that are still used today. Let’s look at the hermit for example. While the hermit looks like an old man dressed in robes and carries a lantern light, he could also be seen as someone who works as a guidance counselor or village elder in these modern times. For the Pentacles, these coin-like items could be indicative of money passing through our hands, or as psychic energy that enters our bodies to help us enhance our personal growth. The swords on the other hand, could either denote a sharp tongue that cuts like a knife to the psyche. 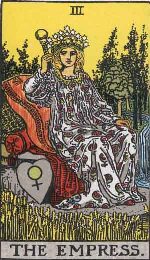 The Empress, Devil And The Hanged Man

The tarot cards which depict the empress, devil and the hanged man are still very relevant even during these fast-paced times. The Empress could be just like the influential queens and princesses that are still holding reign in many countries today. The Devil of course could either denote Satan himself, or any negative influence which chains the person in a life of abuse and dependency (drugs, alcohol, sex, etc.). The Hanged Man may indicate a “self-induced” predicament or problem, and could also represent the life situations where we incessantly complain about anything.

The Emperor And The Knight Of Wands

The Emperor may denote someone in higher authority or influence.  In the modern era however, the Emperor could wear business suits instead the usual jewelry-strewn royal outfits.  The Knight of Wands could be a metaphor for entrepreneurial spirit or creativity and courage.  Like in medieval times, knights were valiant soldiers who staunchly defended their territories, and braved new adventures for the glory of their kingdom.

According to veteran users, each of the tarot’s Major and Minor Arcana cards carries its own powerful and specific interpretations or message. Each of these cards speaks about a wide array of subjects, and offers unique perspectives tool.  However, despite the differing perspectives of each of the cards, the tarot’s overall objective is for the full empowerment of the individual. A reading performed by a professional tarot card use should give the client a more well-defined sense of harnessing and realizing full control over their destiny and objectives in life. If you wish to have a tarot card reading, make sure it is done by someone who has the right training, experience and integrity, so that you will be provided with a meaningful and reliable tarot prediction or forecast.