An omen is sign or an event that indicates a certain future. Though the word omen may be a root for its adjective ominous, an omen need not necessarily symbolize an ominous future occurrence. An omen is, basically, an indication of what is about to happen. It may be good, bad or neutral. The indications, however, occur in form of signs or symbols. The omens need to be correctly interpreted and understood.

Omens may, therefore, be good and also bad symbols pointing to our future. The planetary movements or stellar occurrences have always been associated with good or bad omens. Eclipses whether solar or lunar have evoked premonitions of the times to come.

We need to understand some basics before we explain the omens of Jupiter. In astrology, we find that some of the important stars and planets are named after famous Greek and Roman heroes, gods and goddesses such as Jupiter, Venus, Saturn and Mercury. These mythological personalities have their typical traits of nature and functions. For example, Mercury is a messenger god, known for his swiftness and speed. Mars is a warrior. Venus is the goddess of love and beauty. Saturn is god of agriculture and duty.

Jupiter is considered as the ‘Prince of Light’, 'Jupiter Optimus Maximus', and the 'Shepherd of the Stars'.  Jupiter could communicate with all other signs and therefore in the days gone by Romans held Jupiter in high reverence and addressed him as their lord. He could see and provide omens to indicate the future through the flight of birds. 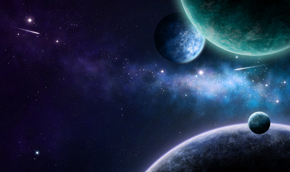 In ancient Mesopotamia, Jupiter was associated with Marduk whom the Greeks revered as Zeus, the king of gods. The position of the Jupiter and the brightness of its color at a particular time were significant omens for the king and his subjects and also the animal life in the kingdom. It was thought that when the color of Jupiter grew bright, the kingdom would go into pre-eminence.

When Jupiter would ‘culminate’, the gods would grant peace to the king and his subjects. All the troubles would vanish and the complicated problems would be easily resolved. The crops will be rich and bumper. There would be security all over the land. The enemy kings would be at peace. Also, the Gods would heed the prayers and supplications.

When Jupiter would pass through the place of sunset, there would be peace, security and prosperity all around the land.

Again, when Jupiter became brilliant in the Tropic of Cancer, the kingdom would overflow with plenty and the king would also become powerful. Or, when Jupiter appeared in the beginning of the year the ‘corn’ would be prosperous.

Further, when Jupiter ‘stood fast’ in the morning, the enemy kings would grow more ‘fortunate’ which would obviously a bad omen for the land.

A full transit of the planet Jupiter takes about 12 years. This means that the Jupiter will pass through or be positioned on the exact opposite of a natal point. When a person’s birth date is a personal planet then it is most probable that he will feel the effect of the transit of Jupiter more intensely. For seekers to know the effect of Jupiter’s transit on their sign, they must research on what personal planet or point their date of birth falls into. It can be the Mercury, Venus, Mars, Sun, Moon, or Ascendants and other minor personal points.

Unlike how many perceive it, Jupiter is not the golden sign that seekers will receive all the good things during its transit. The transit of Jupiter does not come bearing gifts but rather positive dispositions. The transit of Jupiter also brings good influence that expands perspectives. This allows more maturity and growth. Jupiter brings more confidence and joy to the different areas of life. But everyone should still remember that the confidence Jupiter brings should still be controlled because there is a thin line between confidence and arrogance. Ignoring consequences due to overconfidence can bring problems. The secret to reap the benefits of this transit is to grab great opportunities when it presents itself.

The transit of Jupiter to the Moon, on the other hand, affects emotions. It can also influence public perception and image. This transit can also make people aware of their needs in terms of security and stability. This can also make people choose between their wanting to commit and being free. This is also the time when improvements in the home area are in order which involve domestic matters.
A bigger perspective is the influence brought about when the transit of Jupiter conjuncts Mercury. Being able to look at the bigger picture is generally a good thing but the smaller details should never be taken for granted. This transit also influences growth intellectually. During this time, ideas should be shared because they are more likely to be noticed by the right people. This is also a good time to make oneself be noticed because they will be noticed.

The transit of Jupiter conjunction with the planet Venus brings about a strong wanting to be in a social circle. Those whose personal planet is Venus find themselves going for things and activities that bring leisure, adventure, and excitement. Because of this, the transit of Jupiter may bring boredom when it comes to business as those who are personally influenced by this transit want to feed their passion instead which may include a lot of indulgence and creative activities.

It is also believed that the planets, or in other words the gods and goddesses they are named after, rule or influence the natures and destiny of the people on earth who are born under the zodiac signs associated with them.
Going by the above observations, Jupiter rules the zodiac sign of Sagittarius and, thereby, all the people born from November 22 to December 21.  In other words, Jupiter influences the traits of nature and personality as well as the destiny of all the Sagittarians.

A question arises: what type of influences does Jupiter cast on the lives of his subjects and how do they appear as omens?
The answer is that the influences exercised by Jupiter are typical of his own nature and personality.  According to Greek mythology, Jupiter is the leader of gods, Prince of Light, the father of the sky and thunder and the shepherd of the stars. He is a guru of the highest order, a fount of wisdom and quest for new horizons of knowledge and experience, patron of scholars and a harbinger of fortune and auspiciousness.

Another question arises: How do we know the way the influences are going to work in the lives of the Jupiter subjects?
The answer is that the Jupiter influences cast their shadows in form of omens. Jupiter subjects reveal their future through the traits, tendencies of their nature.  Most people provide omens- indicators- of their future through various forms of activities all through the life starting with young age. A studious student- a book worm- for example, is very likely to become a scholar at the later stage of his life.
It must, however, be mentioned that while broad implications of some omens may be understood by the common people, their finer details can be interpreted only by the expert psychics and astrologers.

Here are some of the Jupiter omens-indicators:

Sagittarians or the people born under the rule of Jupiter are intelligent, positive, hopeful, lively, effervescent and bristling with vigour.
They reveal these traits even while they are toddlers— always brimming with immense curiosity, playful, jovial, restless, tending to break away from the parental control, but still giggling even when they are caught off-guards and chided. They are fiercely independent constantly trying to break away from the chains.

As sports enthusiasts, Sagittarians generally opt for adventurous escapades. They follow the most important maxim of sports, which, in essence, means that the real joy lies in playing and not winning. The same basic traits tend to evolve further as they join schools, universities and enter the arena of life.