Available 10am to 6pm daily for bookings/Issues

Here is a brief account of just one psychic power-intuition.

Intuition is probably the most powerful psychic ability that marks out a psychic from the common people.

A lot has been written to describe and define the power of intuition. The sum and substance of all this is that intuition is an ability to get inputs of knowledge or ideas without exactly knowing how, why and wherefrom they come. You cannot rationalize the occurrence of intuition.

As mentioned above, intuition occurs like a flash of illumination on its own without any conscious effort.
You divert your car from the preplanned route and when you reach the destination you come to know that you could have been trapped in a blast that occurred somewhere on your planned route.
You have booked a seat on a flight, but just when you are about to leave for the airport, you change your mind for no known reason and head for your office. After a short while, you get the news of crash of the same plane.
A bell rings on your door or the telephone and you instinctively identify the person on the other side.
You are tensed about some ominous happening without any apparent reason and then there is the news of a serious injury or death of a loved one.
You had been thinking about a long lost friend and suddenly you get a phone call from him.

As mentioned above, such intuitive experiences occur on their own in the life of common people who actually do know anything about intuition or have no belief in such divine glimpses into future.

Common people, too, cultivate intuition generally in those professions which require some level of creativity.  Here again, they do not make any conscious effort on academic lines to cultivate it. They develop intuitive thinking because they have to frequently focus on their professional issues with much more concentration over a long period of training and operations. For example:
The experienced military commanders, the so-called old war horses, know intuitively which side to attack the enemy to win the battle.
The experienced car drivers/ pilots intuitively divert their vehicles to avert sudden accidents.

It is clear from above that the creative people like professionals develop the power of intuition through a prolonged process of training and operation. Moreover, their intuition works only in their areas of their expertise.
Psychics, on the other hand, do not have to make any such conscious effort to develop their intuition. The truth is that most psychics are blessed with power of intuition from their birth. Intuition for them is their first nature as against what we call the second nature. Their intuitive abilities work at the highest levels of accuracy in every area of life.
It is like two persons seeing the same sight. The one with better vision sees the sight more clearly than the person with weaker vision. To explain it further, while-

the vision of a common person is uni-dimensional, the intuitive vision of a psychic is multi-dimensional. It reaches into the core of a situation, person or an event. It can encompass the space and time, present, past and future. 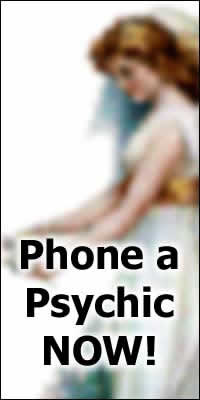