Available 10am to 6pm daily for bookings/Issues

The world of the paranormal and supernatural will never be as it is without talking about ghosts. This psychic phenomenon continues to intrigue and fascinate people from one generation to the next. Ghost is another term used for spirit. This phenomenon happens when a person dies and his soul departs his physical or earthly body. Thus, this paranormal entity is non-spatial and non-physical. Nevertheless, spirits could capably perceive and sense things just like human beings but without sensory organs only present within the physiological make-up of the body.

Ghosts Then and Now 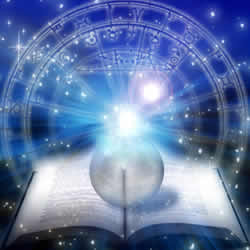 The ghost phenomenon is widespread. Different cultures have varying perspectives and beliefs about spirits and their reality in the physical world. It also comes in a wide array of terms derived from fictional or traditional beliefs. In British English parapsychology, this entity is called spectre or in the American English term, it is referred to as specter. Others call it spook, apparition and phantom. There are also different types of studies which aim to unravel the reality of spirits such as spiritism and necromancy.

In pre-literature cultures, belief in spirits became widespread with the popularity of ancestor worship and animism. There are certain types of religious rites and practices which are believed to help the spirits of the departed rest in eternal peace. Exorcism and funeral rites are just two examples of the attempt to help lay down spirits to the next life. When spirits are not properly laid to rest, they become ghosts and haunt specific locations or places. Unsettled spirits also haunt people or objects which are connected or associated with them in their earthly life.

Spirits may appear in phantom or apparition. When spirits appear, they may take on various attributes or looks. The most common attribute of a ghost is that it appears like a subtle, misty and airy entity which floats on thin area. Some people who believe that their beloved departed appeared to them would usually see them in their dreams or form of apparition. A common attribute in seeing spirits is that they appear clothed in white.

In some cultures, ghosts may look like and manifest themselves as doppelgangers. Doppelgangers are exactly the same appearance of the spirit when it is still living. In most traditional beliefs, the appearance of a doppelganger usually indicates death or a bad omen. Most people who believe in the paranormal sees this is an act of fetching the living person thus, imminent death is possible.

Spirits are often connected to a person or object, but most commonly a locale or particular place. Ghosts are believed to haunt or inhabit a certain place long after the physical or earthly body dies. When spirits have unfinished business on earth, they continue to stay in that particular place where they have deep connection or the venue where they actually died.

Psychic abilities and practices such as communicating with the spirit or mediumship is a great help in dealing with ghosts. Psychic mediums help provide closure and clarity to the living as well as the departed.